Elisa A. Schmitz 30Seconds
3 years ago
Follow
196 Tips 955 Followers 9:12:12 Time
Elisa is the founder and CEO of 30Seconds. She’s a Latina mother of three who previously...
View profile

This hurricane season has taken its toll on our country, and around the world. I have friends and colleagues who survived Hurricanes Harvey and Irma, and most recently, friends and family who are suffering because of Hurricane Maria. In fact, we still have not been able to reach my elderly aunts and uncles in Puerto Rico, more than a week after the violent storm ravaged their beautiful island. It is scary and we are beside ourselves with worry.

At times like these, when we as a country are being divided rather than united, it can be easy to give in to feelings of despair and helplessness, especially when there may be a lack of strong leadership to provide calm, inspiration and hope. Puerto Rico and other affected areas have a very long road to recovery ahead and need our support.

That's why I'm especially grateful to our former U.S. Presidents for creating the One America Appeal, originally launched by all five living former American Presidents to encourage their fellow citizens to support recovery efforts from Hurricane Harvey. This special appeal has been expanded to include areas most affected by Hurricanes Irma and Maria. What an incredible act of bipartisan unity, strong leadership and simple human kindness!

President Barack Obama tweeted specifically about the need for aid to Puerto Rico and encouraged Americans to “answer the call.” Our beautiful island, which is an American territory whose residents are American citizens, was pummeled by Hurricane Maria, leaving Puerto Ricans without running water or power. We are told it could be months before power is restored to "La Isla del Encanto."

President Obama encouraged people to donate to the One America Appeal, highlighting the fact that Puerto Ricans are American citizens. “We're expanding our efforts to help Puerto Rico & the USVI, where our fellow Americans need us right now,” Obama said. “As former presidents, we want to help our fellow Americans begin to recover."

It's incredibly easy to donate through the One America Appeal. I was able to make my donation in literally 30 seconds, and even to designate which area I wanted my funds to be directed. According to One America Appeal, in Puerto Rico, donations will be distributed to Unidos Por Puerto Rico, launched by the office of First Lady Beatriz Rosselló together with private sector coalition. "All funds collected through the One America Appeal will go into a special account at the George H. W. Bush Presidential Library Foundation, a tax-exempt 501(c)(3) organization, to ensure 100 cents out of every dollar donated goes to hurricane recovery. All monies collected will be distributed immediately to the designated recovery funds. All donations are also tax-deductible."

98
Likes
Like tip
You liked
4
Comments
Add comment
0
Collections
Add to collection
In collection
Embed Print
SHARE
Donna John
Thank you for passing this important information on. As someone who just went through Harvey, my heart breaks for Puerto Rico and all areas affected by Maria. I am sending prayers to your family, Elisa All Schmitz 30Seconds , and will do my part by donating to One American Appeal.
Like Reply 1 3 years ago
Elisa A. Schmitz 30Seconds
Thank you so much, Donna John ! You brought tears to my eyes. You have been through so much already yourself. You are incredibly strong and resilient. Thank you for helping the people of Puerto Rico feel our support so they, too, can get through this incredibly difficult time. XOXO
Like Reply 1 3 years ago
Alex Bryant
Brilliant idea!
Like Reply 1 3 years ago
Dieter Schmitz
Let's all help our friends, family, and fellow citizens in Texas, Florida and especially Puerto Rico! Thanks Elisa All Schmitz 30Seconds for sharing this amazing Presidential message.
Like Reply 2 3 years ago 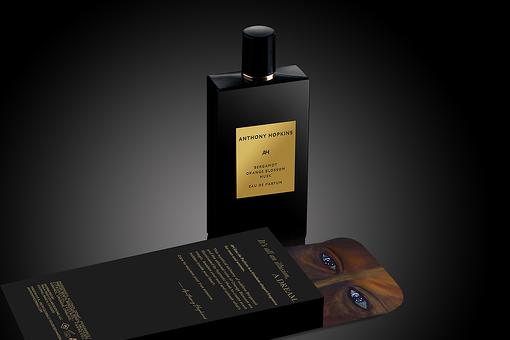 Copy and paste this code where you want it to appear on your website: PREVIEW:
One America Appeal: Former U.S. Presidents Join Forces to Support Hurricane Recovery Efforts In Puerto Rico, Texas, Florida & Beyond
Got 30 seconds? Sign up for 30Seconds.com and get the best of our tips each week!