John Shallman
Follow
John Shallman is an award-winning media, advertising and campaign professional with an unparalleled record of political victories for clients throughout the country. The Los Angeles Times profiled his propensity for pulling off political upsets in their article entitled, “He’s Led Political Darkhorses to Surprising Wins.” Shallman’s roster of wins includes Governors, U.S. Senators, Congressmembers, State Legislators, and local elected officials from Mayor to District Attorney. Shallman is a “go-to” crisis management expert for A-List celebrities, corporate executives and athletes. He has consulted for a number of television and film projects, appeared on television news including ABC’s Nightline, CNN, Fox News and has lectured at Universities and Colleges across the country. John served as President of the Los Angeles Transportation Commission, is a volunteer basketball coach for a local public park league and is Chairman of the Board of Directors at Campbell Hall School. A passionate sports fan, Shallman has especially enjoyed consulting for NFL teams and his beloved Los Angeles Clippers. John is a graduate of the University of Iowa and London School of Economics. He’s married to Lani Barrameda-Shallman and they have four children, four dogs and a bunny.

RETURN FROM SIBERIA is John Shallman’s first novel. It is a work of narrative nonfiction. Any resemblance to his actual self and members of his family is purely intentional. 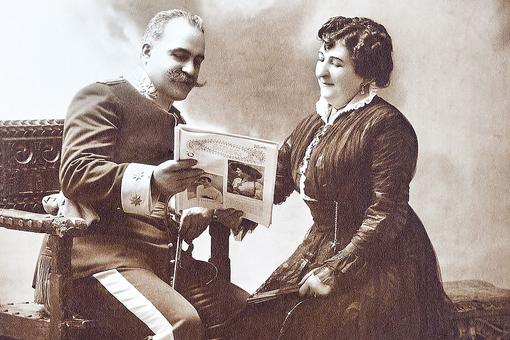 Learning Your Family's History: ​10 Questions to Ask Your Grandparents

John Shallman
2 years ago
Got 30 seconds? Sign up for 30Seconds.com and get the best of our tips each week!