Have a Story to Tell? Daniel Joshua Rubin Wrote the Book on Story (His 27 Principles Will Inspire You to Write Your Own) by Elisa Schmitz, 30Seconds

We all have a story inside of us. Whether we're looking to write the Great American Novel or just to share our own memoirs, there's something magical and incredibly important about storytelling. But where to begin?

Daniel Joshua Rubin literally wrote the book on storytelling. The author of 27 Essential Principles of Story has written for TV (NBC, the WB), theater (Chicago's Steppenwolf Theatre) and digital platforms (The Motley Fool, National Lampoon). A dedicated story scholar with an MFA in Playwriting from the Yale School of Drama, Rubin runs a writing studio and has taught dramatic writing at Loyola University Chicago and the University of California, San Diego. Born in Brooklyn, Rubin now calls Evanston, Illinois, home after calling Los Angeles home for a decade.

Rubin sat down for a one-on-one with us to explain the story behind Story. Grab a pen and paper, or your trusty laptop, because you'll be ready to start writing after you read this!

Tell us why you wrote this book.

"After I took a break from writing I wanted to restart my career. But this time with a relentless commitment to fundamentals. We all admire true craftspeople – whether it’s a classical pianist, a carpenter or martial artist. People who love what they do, who get lost in the process of creation. So, I went through my collection of books on Story. And though they are all valuable, they’re all flawed in one of several ways. They’re too formulaic, poorly organized or so broadly philosophical they have no practical value. When you’re writing a story you care deeply about and emotions are running wild and it’s not working and you’re on a deadline you need to solve your problems fast."

"And call it 30Seconds! But seriously, finding that quick solution to a boring ending could be the difference between finishing an inspired work or quitting in frustration. We’ll never know how many writers died unknown who might have written something brilliant if they had insight when they needed it most. So, I kept a journal of principles. And one day I was reading them and thought, 'this is really valuable.' And then I asked a simple – if aspirational – question: What would the greatest book on Story look like?"

"Why not, right? And I came up with some answers. It would give enough guidance to help you finish a coherent story but not so much it strangles creativity. It would be written in plain English. It would be based on objective facts, not theory. For example, the 15th principle is 'Write characters to the top of their intelligence.' For me, this is an objective fact. A character who thinks as hard they can is more interesting than a careless one. The book would use examples from the greatest stories ever written. The book would focus on the reader and their unique experiences. And it would drill the principles so you can call them up instantly in the heat of battle. When you create a story, you’re just making decisions at high speed. So, when you make smart decisions fast, your work doesn’t just get better. It gets exponentially better. One great, smart, creative choice sparks another and another. It’s like compound interest."

So how did you choose the 27 principles?

"Oh man, I read countless books, articles, watched movies, TV, web series, read graphic novels, comic books, listened to Moth radio, played video games. I studied joke structures, listened to podcasts, watched interviews with great writers, talked to writers. And I know this sounds weird, but when I hear or see something profound it gives me this flutter in my gut. So for example, I read Alison Bechdel’s graphic novel Fun Home and it hit a nerve. And at first I wasn’t sure what made it work so well. I became like a mechanic taking apart an engine to see how it works. And she does lots of things brilliantly, but what stood out to me was how well she captured the change she went through from childhood to adulthood as she exorcised the demon of her father’s influence. And that inspired the 17th principle, 'Earn transformations.'"

Are the principles equally valuable or do you think some are more valuable than others?

"Well, I believe in the Pareto Principle, that 20 percent of your inputs generate 80 percent of your outputs. So, if that’s true, five principles do the heavy lifting. So for those, I’d pick 'Ask dramatic questions,' 'Connect with therefore not and,' 'Provoke dilemma,' 'Write characters to the top of their intelligence' and 'Mask everyone.' Get these right and you’re in excellent shape."

Is the book just for novelists or screenwriters?

"No. It’s literally for anyone telling any Story in any media. To my knowledge it’s the most diverse and thorough book ever written on the subject. Not just in terms of the authors featured but time periods, genres, media. We break down stories in rap lyrics, video games, comic books, graphic novels and of course novels, plays, movies and TV shows. If you’re a writer, teacher, preacher, lawyer, comedian, kid writing an essay for college this book will help you tell them better."

Can you recommend a few stories that you feel best exemplify the principles?

"Absolutely. The first that comes to mind is a film every person I have ever met loves, Finding Nemo. It’s amazing how flawlessly it executes the principles. Mary Shelley’s novel, Frankenstein, is off the charts. Breaking Bad is basically a 50-hour movie, which is awe-inspiring."

The book has great reviews and seems to generate a lot of passion from readers. What do you think they’re responding to?

"Two things. One is that the principles are stated so simply and in such an actionable way. When you hear the term, plot twist, your mind stops. It’s not instantly, viscerally clear what it means. But when you hear the sixth principle, 'Clash expectation with reality,' you immediately get it.

"Writers are hyper-creative people. Our minds explode with ideas. So for example, a woman expects to find her husband working. But instead finds a woman sneaking out the back door of his office. That bastard! She rushes in expecting to find lipstick on his collar. But instead finds a bullet in his head. The name of the principle inspires ideas. So the quick actionability of the principles is key. But even more importantly the book is focused entirely on the reader. I feel in this age of social media, ranking, follow counts, etc., that people feel invisible, shouted at and oversaturated with information. Too many writers feel, 'I suck but one day when I make it big I’ll be valuable.' This was me from age 20 to about 45. And it’s taxing, hideous way to be in the world.

"So what’s the healthier way for a writer to be in the world? It’s to know that you are valuable just because you’re alive and you’re a human being. That you are unique. No one has done what you’ve done, felt what you felt, and no one could ever interpret that experience like you can. Therefore, you have a story to tell."

Have you ever seen a story that you like that doesn’t use the principles?

"Yes. Writers, above all, need to be free. We want to do what we want, how we want for any reason we want. There’s a God complex thing going on as deciding on the fates of your characters and their world is intoxicating stuff. So, it’s important to avoid absolutes. I would never tell anyone 'if you don’t read my book, your writing won’t work.' That’s absurd. That said, whenever I consult on a story that’s struggling, I always – without fail – see violations of the principles. But the first story that pops into my mind is Thornton Wilder’s Our Town. I don’t know how it works. I just know it works because Wilder was a legit genius, fascinated by the fragility of life, the idea that even great civilizations fall in time. So, the point is that Wilder needed a unique structure to express his vision."

What’s next for you?

"I love teaching and helping people and businesses tell their stories. So I’m developing some PDFs and a major-league video course on the 27 Principles. But my passion is to become the first person to write one of these books then actually use their own book to write a successful script. I shouldn’t jinx this, but after I finished the book, I wrote a screenplay that’s got big interest and apparently about to get optioned to become a mini-series. Like Tom Petty sings, 'The waiting is the hardest part.'"

How do you handle that?

"This is Chicago, man. Deep dish pizza. If this deal doesn’t go through soon, I may hit five hundred pounds. But I’ve been through this so many times. I’ve had deals come out of nowhere. And deals that were certain to close which went nowhere. One time an executive walked me through ABC’s development department on a Friday night and told me they were so excited they would let me develop anything I want. It was something every writer dreams of. On Monday morning they were all fired. So you learn to temper expectations that no deal is ever done until it’s done."

Frankenstein By Mary Shelley $5 & Up

Our Town: A Play in Three Acts by Thornton Wilder $12 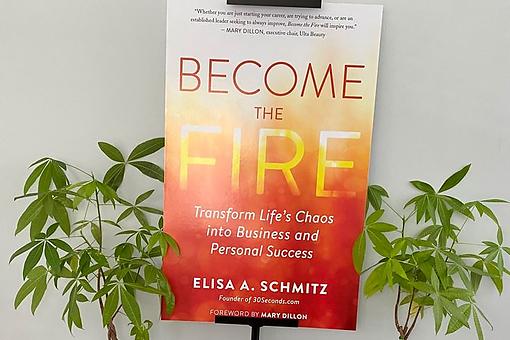 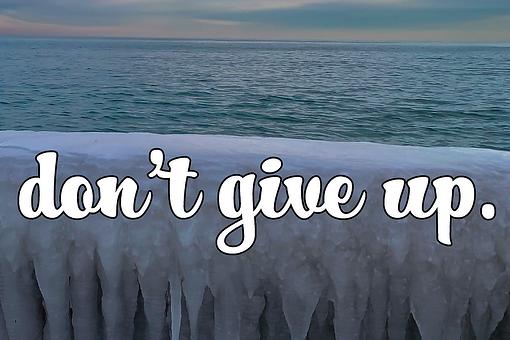 "Become the Fire" Is at the Printer: Why You Should Never Give Up on Your Dreams 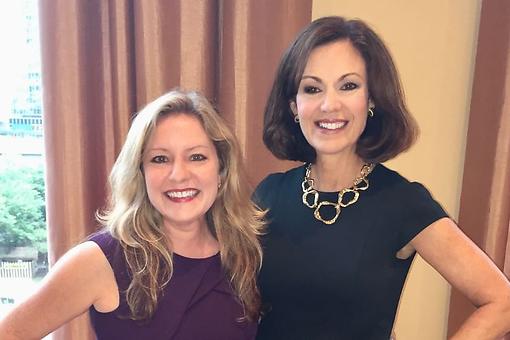 "Become the Fire" Foreword by Mary Dillon, Former CEO of Ulta Beauty, Plus the Stories of 10 Other Inspiring Leaders 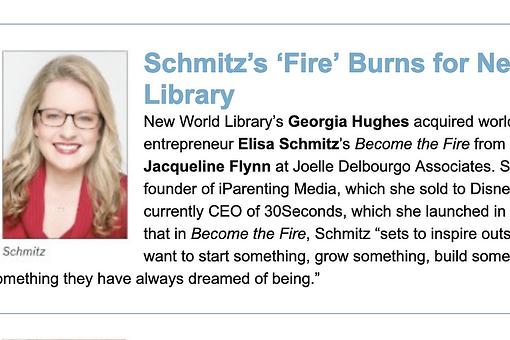 Editor's Letter: "Become the Fire" Inspires You to Start, Build or Become Something You've Always Dreamed of Being

Copy and paste this code where you want it to appear on your website: PREVIEW:
Have a Story to Tell? Daniel Joshua Rubin Wrote the Book on Story (His 27 Principles Will Inspire You to Write Your Own)