Waiting until the last-minute to plan a beach vacation can certainly feel like a gamble. Will there be flights and hotels available to turn dreams of a spontaneous getaway into reality? GoLastMinute.com, which brings travelers the best deals for travel within 30 days, highlights five world-class beach destinations that are easily reachable and offer plenty of capacity to host travelers’ on-the-whim beach escapes.

Fort Lauderdale, Florida: This South Florida destination offers more than 23 miles of Blue Wave-certified beachfront spread over the city and its neighboring areas, which include charming beach towns such as Hollywood Beach and Pompano Beach. Fort Lauderdale is home to casinos, golf courses, day spas, seafood restaurants, shopping malls and a system of boating canals that have earned it the nickname, “The Venice of America.”

Why it’s a great last-minute beach destination: Chances are good that travelers will find great last-minute fares to the area, as the Fort Lauderdale-Hollywood International Airport is served by major passenger airlines such as American Airlines, Air Canada, Delta, Frontier, JetBlue, Southwest, Spirit, United and Virgin. According to the Greater Fort Lauderdale Convention and Visitors Bureau, more than 80,000 travelers pass through one of four terminals each day at the Fort Lauderdale airport. Nonstop service is offered from more than 140 cities, making it easy to get down to sun and sand in a short time. And for accommodations, last-minute travelers to Fort Lauderdale can choose from 33,705 rooms at 562 properties.

Myrtle Beach, South Carolina: Every year, Myrtle Beach draws more than 17 million visitors to its 60-mile stretch of South Carolina coastline, designed to be the ultimate beach getaway for families. The Grand Strand, which encompasses Myrtle Beach and surrounding communities to the north and south, is known for its beautiful Atlantic beaches, local cuisine and welcoming residents. And since Myrtle Beach is a major U.S. tourist destination, there’s no shortage of dining, shopping, entertainment and amusement options.

Why it’s a great last-minute beach destination: According to VisitMyrtleBeach.com, there are around 425 hotels and around 98,000 rooms in the area ready to host vacationers. Last-minutetravelers can choose from a wide variety of lodging options — everything from luxury high-rises to budget mom-and-pop motels. Outside of the busy summer high season, visitors will find increased availability and deeply discounted rates. September and October, which are still warm and sunny in Myrtle Beach, are the best months to visit. Allegiant Air, Delta, Porter, Spirit, United, US Airways and WestJet all service Myrtle Beach, and visitors can reach the area by car in under 700 miles from more than a dozen major U.S. cities.

Punta Cana, Dominican Republic: Year after year, the Dominican Republic continues to grow as a top travel destination in the Caribbean. In 2014, the country welcomed 5.6 million guests, according to the Dominican Republic Ministry of Tourism. Though there are many beach towns spread throughout the country, which shares an island with Haiti to the west, Punta Cana is the most popular, drawing visitors with its stunning white-sand beaches and huge selection of all-inclusive resorts in various price ranges.

Why it’s a great last-minute beach destination: Compared with some remote, super-exclusive Caribbean islands, the Dominican Republic is a breeze to get to. The Punta Cana International airport is the second busiest airport in the region, and last-minute travelers can fly direct from more than 28 countries and 96 cities from around the world. Nonstop flights are offered from cities such as Chicago, Ft. Lauderdale, Boston, New York City, Atlanta, Washington DC, Minneapolis, Houston and Philadelphia, to name a few. With more than 69,000 rooms across the entire country, the Dominican Republic has the most hotel rooms of any destination in the Caribbean, according to Asonahores, the DR’s hotel and tourism association. Though Punta Cana experiences a very busy high season every year from late December through April that makes for stiff competition for rooms, summer and fall are perfect times for last-minute travelers to score bargain rates and airfares.

San Diego, California: This Southern California gem brings a whopping 34.9 million visitors every year, placing it among top destinations in the country. It boasts access to 70 miles of coastline, a dynamic downtown area and a year-round climate with daily high temperatures that average between 65 and 77 degrees. Last-minute travelers can choose between San Diego’s own beaches, including Mission Beach and Ocean Beach, or head to neighboring communities such as La Jolla, Coronado and Oceanside, all of which offer ocean access and that quintessential laid-back California vibe.

Why it’s a great last-minute beach destination: According to the San Diego Tourism Authority, room rates in the county average around $155 per night, an affordable price point for most travelers. Plus, there are more than 60,000 rooms in the area available to host visitors. Getting there is a cinch, as 16 passenger airline carriers operate at the San Diego International Airport, which sees more than 10 million arrivals per year.

Cancun, Mexico: As Mexico’s premier coastal Caribbean destination, Cancun has long been a favorite of spur-of-the-moment travelers. Its turquoise water, white sand and palm-dotted shores are irresistible to beach lovers. Outside of the city’s Hotel Zone, peppered with beachfront high-rise resorts, there are plenty of budget finds in downtown Cancun and a range of lodging choices throughout neighboring Riviera Maya beach towns such as Tulum, Playa del Carmen and Puerto Morelos.

Why it’s a great last-minute beach destination: Budget airlines such as Southwest Airlines, Spirit Airlines and JetBlue offer routes to Cancun from major U.S. cities, and all three airlines are known for their frequent sales and promotions. Considering there are more than 32,000 available rooms in Cancun (according to the Cancun Convention & Visitors Bureau), visitors will easily find accommodations to suit their tastes. Last-minute travelers will find that room rates drop and availability increases after June and before December, when the high season has ended.

Get more travel tips via GoLastMinute.com! 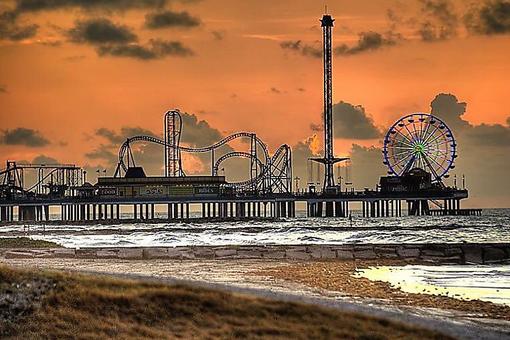 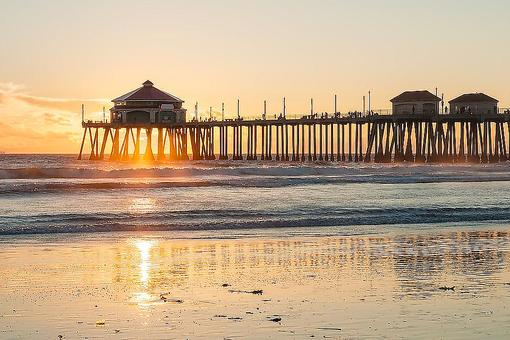 ​Life Is a Beach: 13 American Beaches You Need to Hit This Year 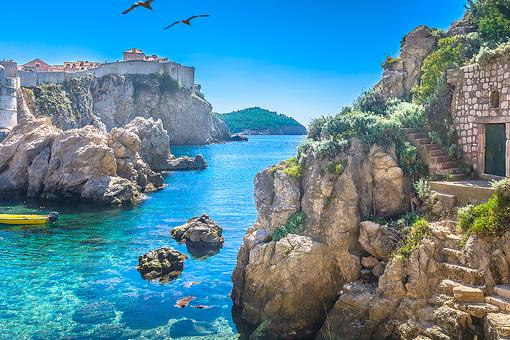 Elisa Schmitz, 30Seconds
Si, por favor! Vamonos!! ✈️
Like Reply 4 years ago
MomKnowsBeter
As a mother of two children, I can say that the rest is very necessary. Sometimes you need to stop everything, get rid of all the worries and just spend time with your family in a great place.
To be honest, it is not always possible to fly to the place you dream about, because ....expensive! But my friend Linda, who advised your forum, told about the way that helped her to go on vacation of her dreams - to the Maldives!
I think everyone knows that airlines have a bonus program for the accumulation of bonus air miles. But always the problem is to collect enough of these miles in one company. It turns out now has a new service (girlfriend has shown me this - ), which allows you to sell miles in one airline to buy in another! For me it was a discovery.
Like Reply 3 years ago
Raj Gupta
Amazing blog! With the help of bonus air miles it will be easier to travel anywhere. You can sell your miles too.
For More Details Visit At: SellMyMiles ()
Like Reply 2 years ago 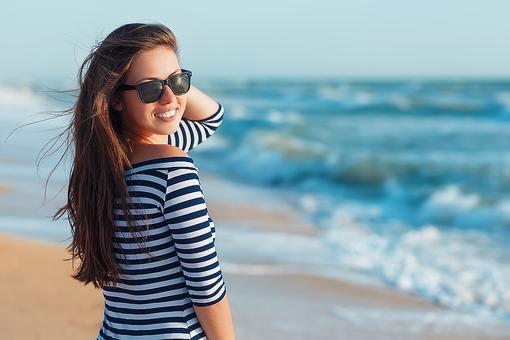 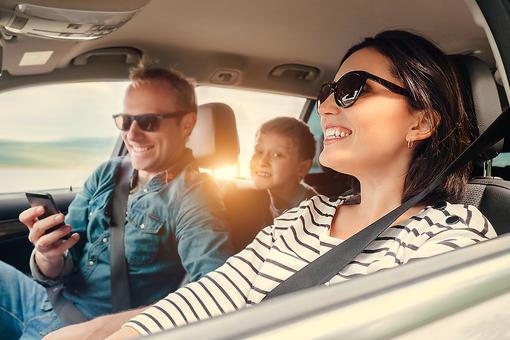 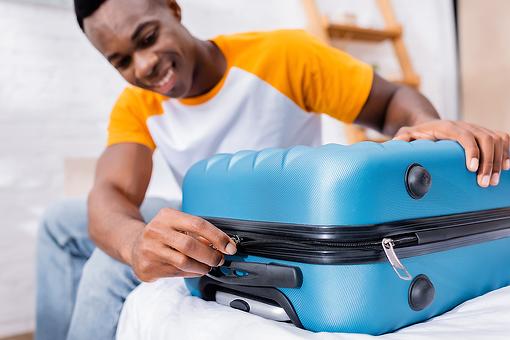 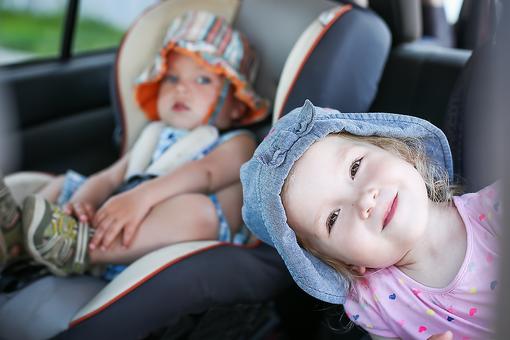 Copy and paste this code where you want it to appear on your website: PREVIEW:
Last-Minute Travel: 5 Best Beach Destinations for On-the-Whim Escapes