Elisa A. Schmitz 30Seconds
a year ago
Follow
312 Tips 2148 Followers 20:22:50 Time
Elisa is the founder and CEO of 30Seconds. She’s a Latina serial entrepreneur who...
View profile

What do Michelle Obama and Jennifer Aniston have in common? Aside from being among the most famous women on the planet, they are both known for their positive mindsets and inspiring influence. And, they are both the subjects of new documentaries by producer Dana Webber, founder and CEO of Legacy Distribution.

“We knew they would be intriguing and inspirational subjects for a biography,” Dana says, noting that the goal was to tell the stories as honestly as possible.

As the head of Atlanta-based Legacy Distribution, a leading independent global content distributor reaching a worldwide multi-platform audience, Dana’s expertise in content creation, acquisition and distribution spans a variety of genres. This seasoned media executive started her career at NBC-Universal, then moved on to Warner Bros. and Program Partners International, specializing in licensing first-run and off-network programming to the U.S. broadcast syndication and cable television markets, before founding Legacy in 2008.

When choosing her projects, this married mother of two tends to focus on the positive. That’s why the documentaries on Michelle Obama and Jennifer Aniston were a perfect fit.

Consistently ranked among the most influential and admired women in the world, it seems like Michelle Obama has been busier than ever since leaving the White House. She continued to make her voice heard throughout the 2020 election and during the pivotal Georgia Senate runoffs. Her calls for change and unity in the United States inspire many, making her Gallup's Most Admired Woman of 2020 (for the third year running). Dana’s documentary, Michelle Obama: Life After the White House, steps into the world of this extraordinary First Lady, who still puts her role as mom to Malia and Sasha above all else.

"Michelle Obama: Life After the White House gives us an inside look at one of the most fascinating women in America," Dana says. "From her childhood on Chicago’s South Side to her role as First Lady of the United States of America, she is the inspiration we need for this New Year."

The documentary reflects on the Obamas’ time in the White House as well as their new life of activism, including their production company, Higher Ground, which won an Oscar for Best Documentary for American Factory in 2020. Michelle Obama's autobiography, Becoming, is the best-selling memoir of all time, cementing her role as a global icon.

"We could all learn a lot from Michelle Obama," Dana says. "Not only is she incredibly classy and an amazing person, but she's not afraid to stand up for what she believes. We saw this recently in the lead up to the Georgia run-offs, and also after the violence in Washington D.C. We could all take a leaf out of her book and realize that our voices can be used for good. Our voices can help bring about change. That's an incredibly inspiring thought."

Directed by Jordan Hill, the feature-length biography of her incredible journey is now widely available across platforms, including on Amazon Prime.

When you think of Jennifer Aniston, you may think “sitcom star” first. After all, it was her role as Rachel in the long-running TV show Friends that made her a breakout star. But there are surprising depths to this global superstar who radiates a vulnerable warmth both on- and off-screen that keeps audiences coming back for more.

"Jennifer Aniston is both talented and beautiful, but her enduring appeal is that she is down to earth and flawed, like the rest of us," Dana says. "Whether she is launching a movie or invoking a new style trend, the 'Aniston Effect' is very much alive. We saw it when she joined Instagram and immediately broke the internet, setting a Guinness World Record for the fastest Insta-debut to hit a million followers. Five hours and 16 minutes! A year later, Aniston has over 35 million followers. Vulnerable and fallible is Aniston's magic. Right now, we can all use a dose of this warm and funny Friend."

“There are multiple levels to Jennifer Aniston,” Dana says. “What people have loved about her ever since the early days of Friends is that she represents the girl next door. She could be any one of us. She's upbeat, optimistic, hilarious and friendly. She is also constantly progressing in her career and looking for new challenges. Jennifer is incredibly inspirational and someone we all look up to.”

Life came full circle with a return to television in 2019 on Apple TV+’s The Morning Show, where she earned Golden Globe and Primetime EMMY nominations and won the Screen Actors’ Guild Award for Outstanding Performance by a Female Actor in a Drama Series.

Yet the road to success did not come without its challenges. There were four failed TV series that preceded Friends, for example, and there were struggles to find lasting love with very public divorces from Brad Pitt and Justin Theroux. Directed by Danielle Winter, the feature-length documentary, Jennifer Aniston: More Than Friends, is available across platforms, including on Amazon Prime.

While she mostly focuses on telling the inspiring stories of others, Dana is quite an inspiration herself. No stranger to overcoming challenges, she outlines the traits she believes are necessary to succeed.

“There was no roadmap to success; the only thing I always was certain of is that hard work and perseverance are the only ways to be successful,” she says. “The broadcast, cable and digital platforms have changed so much over the years; it requires constant flexibility and learning new things.”

Dana notes that the year 2020 presented enormous challenges we were not expecting, and that’s why the ability to overcome obstacles and be resilient is so important – now more than ever. “It’s a tough world out there, and there are good years and bad years,” she says. “We need to stick together and look for the positives because no matter how hard things are, there are always amazing things to stay positive about. Overcoming challenges to me means remaining focused and, as my grandfather always said, ‘keep your cool.’”

Dana offers her advice for women, emphasizing the power of positive focus and gratitude, even during these difficult times. “It’s so easy in difficult times to get caught up in a mindset of negativity,” she says. “Positivity is not just something that happens, it’s something we need to work at every day. It’s far too easy focusing on what you don’t have, instead of focusing on the good. I learned later in life the power of gratitude and it’s transformative.”

Dana believes that her documentaries on Michelle Obama and Jennifer Anniston offer inspiration and hope during these troubling times.

“Despite all the many obstacles in life – no doubt another will present itself – it’s a matter of how we face it to overcome that counts,” she says. “Michelle Obama and Jennifer Aniston are wonderful role models to have, as they show what we can accomplish when we stay positive and true to ourselves. We would love everyone who watches these two documentaries to come away feeling better about life and knowing that they can achieve anything.” Becoming: A Guided Journal for Discovering Your Voice $10 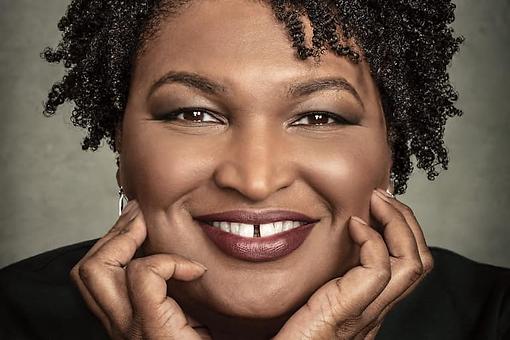 Copy and paste this code where you want it to appear on your website: PREVIEW:
Producing Positivity: Legacy Distribution Founder & CEO Dana Webber Produces Empowering Documentaries on Michelle Obama & Jennifer Aniston
Got 30 seconds? Sign up for 30Seconds.com and get the best of our tips each week!