Michele Meek: Meet the Woman Behind "Imagine Kolle 37," a Documentary About an Adventure Playground in Germany by Mike Prochaska

Creative entrepreneur, writer and filmmaker Michele Meek also has a passion for play. Kid's play, that is. Meek’s 2017 short film, "Imagine Kolle 37," about two girls who imagine their way to a real Berlin adventure playground, Kolle 37, is currently screening at festivals across the country. Read on to learn more about Michele, "Imagine Kolle 37" and the importance of play!

Q. What made you decide to make a movie about an adventure playground?

“Spending a semester in Berlin, Germany, changed the way I saw childhood, and one of those revelations came through my discovery of adventure playgrounds. Rather than trying to shield children from all risk, here was a place dedicated to helping them to learn to manage risk. The children use hatchets, hammers and axes, build and climb tall structures, and play with fire. I wanted as many people to know about these types of places so that I could start conversations in our communities about how our ideas of childhood have changed. I want us all to be more conscious about our choices as parents and educators. So, I decided to make 'Imagine Kolle 37.'”

Q. What so special about Kolle 37?

“One New York Times writer called Kolle 37 "the mother of all Berlin playgrounds," which I think is an apt description. Many adventure playgrounds have raw building materials, tools and fire. But Kolle 37 is the only one I've ever seen that has three-story wooden structures and planks that the children build with playworkers. When I first entered it, I couldn't help but feel the elation of the child in me, even as the parent in me was a bit terrified.”

Q. Who had the idea to make this movie ?

“In the past, I've always come up with film ideas based on characters or story ideas. This is the first time I came up with an idea for a movie first based on the place. My friend and fellow filmmaker, Lizzy Donius, both were in Berlin coincidentally with our families the same semester, and we were determined to make a film together. We started brainstorming about how we could make a movie in Kolle 37. For many reasons, we decided against a more traditional format documentary. We wanted something more experimental – where you could see how the girls use the space to let their imagination run wild, and how they learn to manage risk in the space. We shot it like a documentary, although the beginning feels like a narrative with the girls "imagining" their way into the space.

“We planned and shot the film in the fall of 2014. I tried editing myself for a year, and then finally hired an editor, which was one of the best decisions I ever made. She totally understood the format I was going for and was able to bring the story out. We started screening it in early 2017.”

Q. When is the movie going to be released?

“It's a short film, so it won't be released in the way a feature would be. We've already had over a dozen screenings at film festivals, schools and conferences. We will continue showing it at least for the next few months this way, and we'll eventually either release it online or through an educational distributor.”

Q. What is child-directed play, and why is it important?

“There are two types of play that I hope to promote with this film. The idea of ‘free play’ is play without a clear objective or outcome. There are abundant studies at this point that indicate that this type of free play (as opposed to structured activities and games) enables children to develop critical thinking, creativity and even resilience.

“One of the most important aspects of adventure playgrounds is that they are supervised by trained playworkers; parents and other adults are not permitted. Kolle 37, for example, is for youth aged 6 to 16 without their guardians or parents. Playworkers have been trained not to react unless absolutely necessary. There's a great scene in the film that shows this concept perfectly. The girls are both sawing the table directly behind one of the playworkers as we're trying to interview him. He never even turns his head to look at them, and he never says anything to them. Meanwhile, Lizzy and I, from behind the cameras, are shushing them and trying to get them to stop.

“The film starts with the two girls exploring the space. At first, it's hard for us to even imagine what this space is. Are they in a post-apocalyptic landscape? Are they abandoned somewhere? Have they invented this space? Later in the film, there's an interview with one of the playworkers who contextualizes the space and explains what the playground is and how it works. The film isn't meant to answer all the viewer's questions. Rather, it's meant to be a conversation starter and to engage your curiosity to find out more.

“The ‘right to play’ is deemed so important that it's actually included in the United Nations Convention on the Rights of the Child. One of the things that we are working against in contemporary American culture is the tendency to overbook our children with activities so that they don't have time to play.”

Q. What are the advantages of letting children do risky play?

“We often think that we need to remove all risk from children's lives, but actually that's impossible. Children absolutely need to learn how to manage risk. That skill is developed incrementally through experiencing, evaluating and learning to assess risk; it doesn't magically appear one day. In Berlin, the whole concept of childhood seems to be different. Preschools have real forks, knives, ceramic plates and glasses. And perhaps not surprisingly, children learn pretty quickly not to break them. Risk, in other words, doesn't have to be a bad word. Risk is a part of everyday life, and we're not doing our children much good if we don't help them learn to manage it.

“At places like Kolle 37, the young people learn to manage risk. And the evidence shows that children do not get more injured at adventure playgrounds than regular playgrounds – namely, because children are actually smart enough to be more careful in places where they know risk is part of the activity. I've heard some parents say, not my son; he doesn't know how to be careful.’ To me, this is an unfortunate response. Our children deliver back to us what we expect of them. If we have low expectations for their abilities, then they correspondingly will be able to do little on their own. In Berlin, it was clear that parents typically expected their children to get themselves to school and back, interact in the world, and demonstrate responsibility. Hence, they do.”

Q. Why is it important to introduce children to nature?

“I grew up in New York City, so I still struggle with this one. My husband took one of my daughters on several hikes this week, and I only went for one of them! But it's so clear whenever I see my own children in nature, that they are the land of invention for kids. A stick, a forest, leaves – all of these can be the start of a new world that they can explore and invent. Equally important, being in nature reminds us that we are just one facet of a whole world of creatures.”

Q. Some of my readers are afraid to let their kids get dirty. What would you say to them?

“We live in an age with laundry machines! Plus, you can teach your children to wash themselves up so it's not such a burden if that's the obstacle. Other than that, I'd tell them that their children's ‘dirty’ play isn't designed to please parents, but is rather for their children's benefit, and it's worth it.”

Q. Anything else you would share about adventure playgrounds?

“There are only a handful of adventure playgrounds in the United States, and most of us don't live near them. However, I think the philosophy of ‘free play’ and ‘risky play’ can be implemented in children's daily lives no matter where we live. Children can play and build with sticks, bricks and mud in the backyard. Get your children a toolkit with a real hammer, wrench and other tools, and teach them to use them properly. Teach them to use a knife as soon as they have the motor coordination to do so. Let them cook and build things. Perhaps most importantly, reflect on the experiences that you had as a child and think seriously about the skills those experiences built. Make it a priority to foster creativity, imagination, problem-solving, independence and confidence in children's lives through play.”

Learn more about 'Imagine Kolle 37' and watch the trailer! Interested in a screening? Contact Michele Meek at mm@michelemeek.com. This video is longer than 30 seconds, but we think it's worth it. 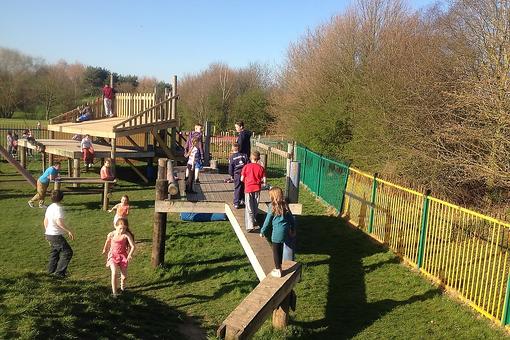 Elisa Schmitz, 30Seconds
So cool! Thanks for sharing, I want to check it out! Mike Prochaska
Like Reply 1 4 years ago 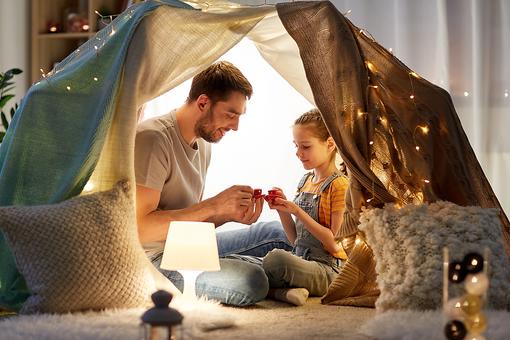 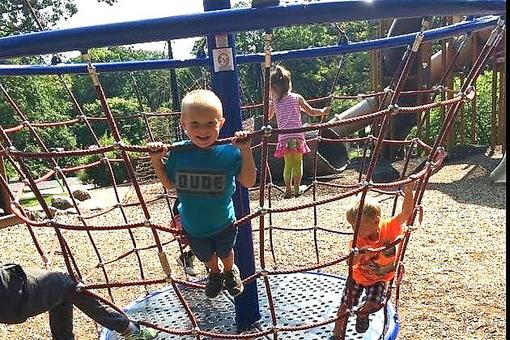 Bowen Park: Risky Play Is the Name of the Game at This Fun Park in Waukegan, Illinois 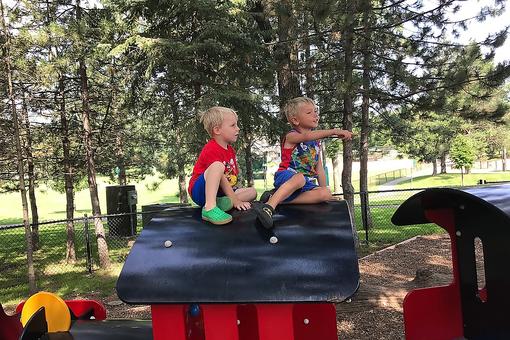 Jewett Park: Why You Need to Chug on Down to "the Train Park" in Deerfield, Illinois

Copy and paste this code where you want it to appear on your website: PREVIEW:
Michele Meek: Meet the Woman Behind "Imagine Kolle 37," a Documentary About an Adventure Playground in Germany